Image has announced a new series, Olympia, coming this November from artist Alex Diotto and the co-writing team of Curt Pires and his father Tony Pires. Full press release available below. 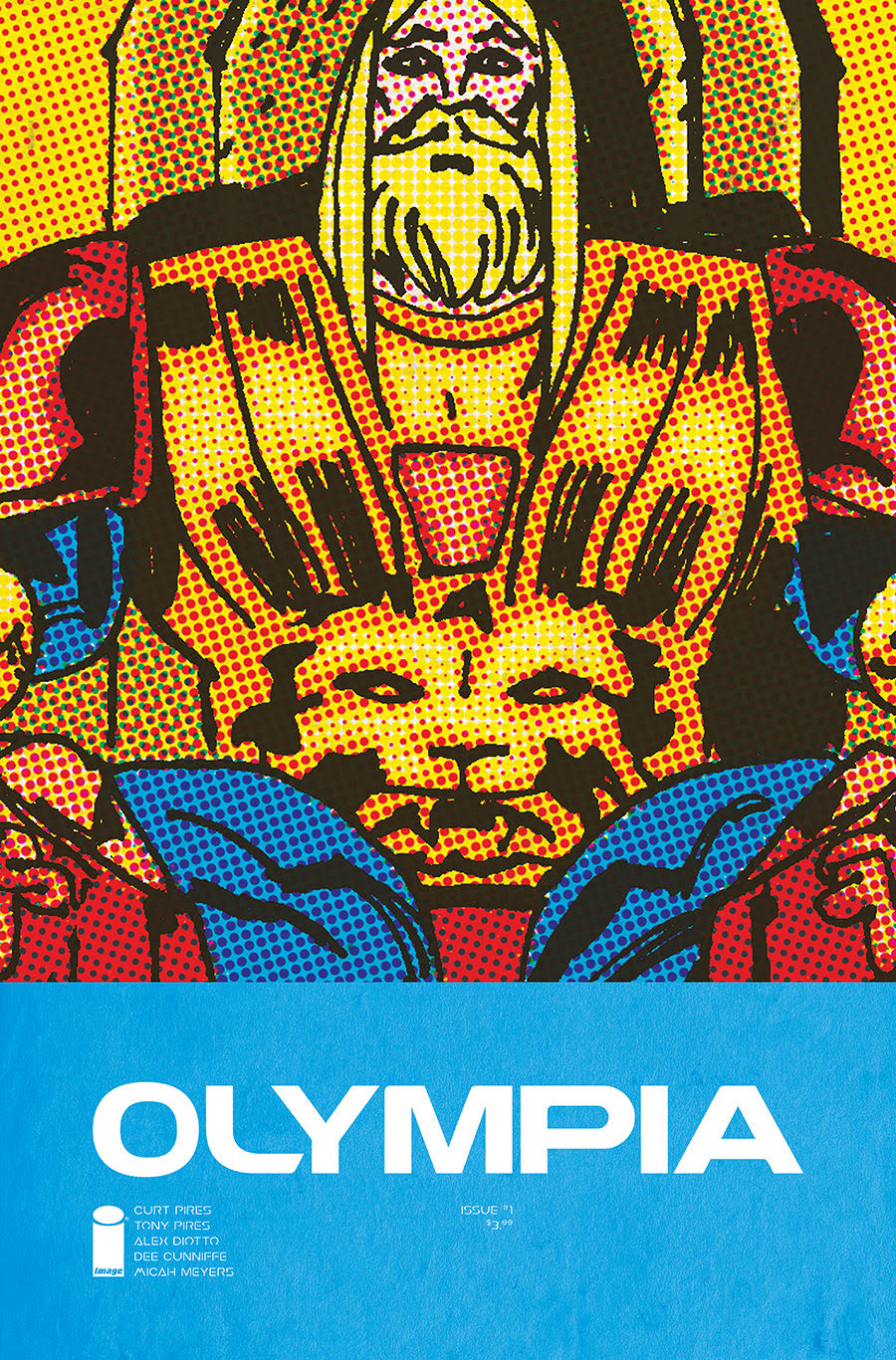 Pires, and artist Alex Diotto, Olympia, which will launch this November.

Olympia follows Elon, a latchkey kid who spends his days alone reading comic books—until his favorite superhero, Olympian, comes crashing off the page and into reality! But as he nurses his wounded and delirious hero back to health, he discovers Olympian isn’t the only thing that came through… something evil followed him.

“We started working on Olympia just about three years ago when my father was first hospitalized as a means of giving us something to look forward to, to hope for, in dark times. All these months later the book’s finally coming out, even after he’s left us,” said Curt Pires. “Beyond any Extratextual reasoning I can throw at you, though, this is just good comics. Plain and simple. It’s a love letter to the Spielberg movies we loved so much smashed against the cosmic epicness of the Jack Kirby joints that laid the foundation of our modern entertainment landscape. These are the most personal and raw comics I’ve been a part of, and I hope you’ll join us.”

A comedic yet heartfelt love letter to the comics medium, Olympia is also a meditation on hope and loss, co-conceived by the Pires together while Tony was undergoing treatment for cancer.

Olympia #1 Cover A by Alex Diotto and Dee Cunniffe (Diamond Code SEP190047) and Olympia #1 Cover B by Christian Ward (Diamond Code SEP190048) will hit stores on Wednesday, November 20. It can be pre-ordered with your local comic shop or purchased across many digital platforms, including the official Image Comics iOS app, Amazon Kindle, Apple Books, comiXology, and Google Play.